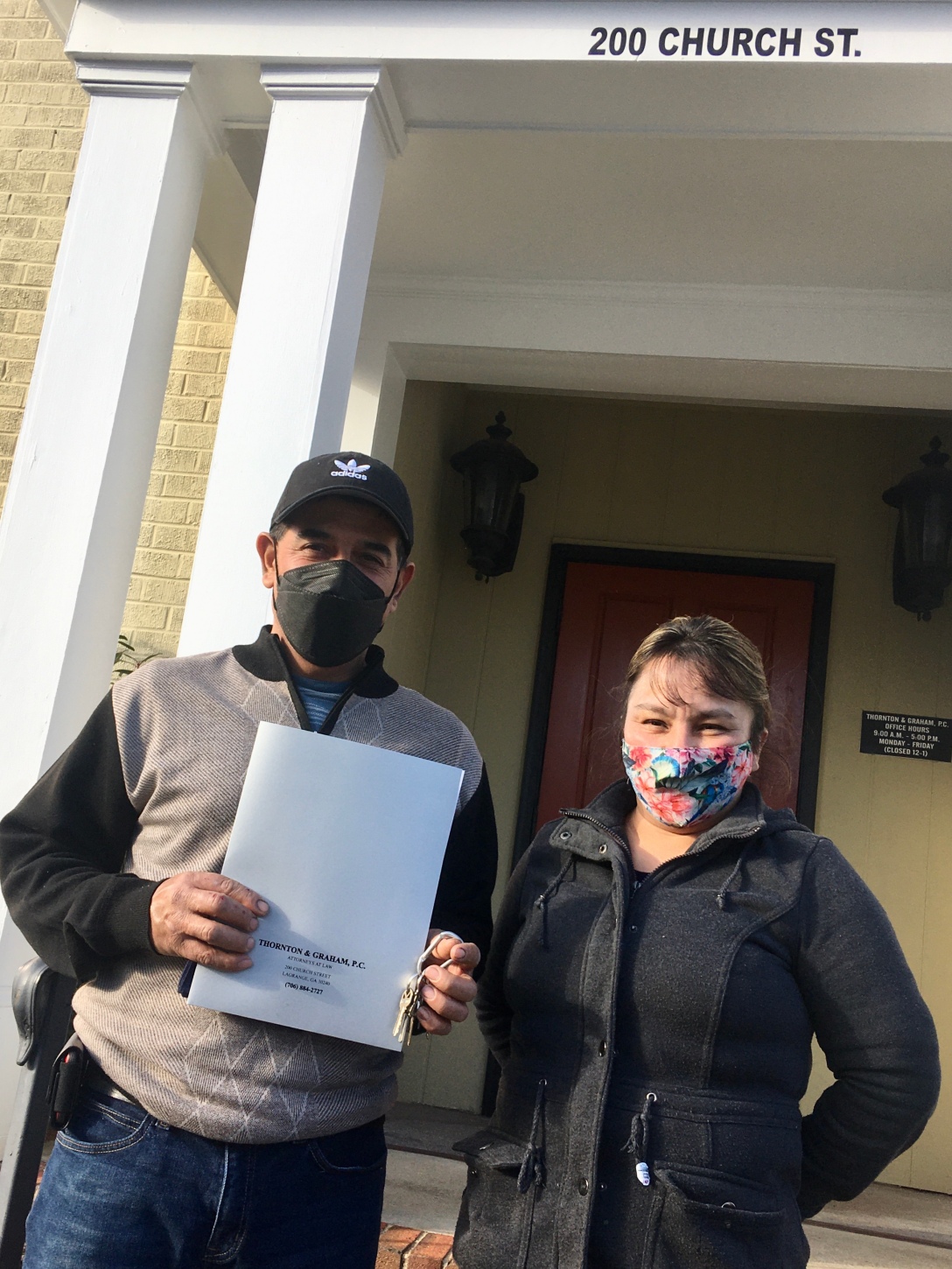 For over 18 years, we have quietly experimented with ways of providing affordable housing to first-wave immigrant families in LaGrange, GA, the town we called home for over a quarter century. Yesterday was a milestone day towards that end.

Between 2002-2009, four immigrant families entered a cooperative housing arrangement with us. Earning equity over time, first through an equity-sharing agreement, in 2015 we switched to a no-interest installment sale plan and applied the earned equity as down payment. Yesterday, all four families signed the deeds to their homes. They’re officially first-time homeowners!

In 2002, Arturo and his late wife Norma were the first couple to join our housing experiment. Crisis created opportunity. Norma was diagnosed with end stage renal disease, placed on home-based dialysis without insurance or a chance for a transplant. The idea of providing affordable housing came from a well of empathy and love for Norma and her recently arrived family.

Yesterday was a bittersweet moment; a promised fulfilled in memory of Norma. Arturo not only signed the deed on his first home, he paid off the last amount owed alongside his new spouse. Carla is a longtime friend of ours and a young widow herself. Today Arturo, Carla, and her youngest son have a place that is their own. Mourning turned to dancing yesterday.

Because of our faithfulness to one another and commitment to fairness and equity, the four families already have about 85% equity on average in their respective homes. This is rare feat in America, and nearly unheard of amongst first-wave immigrant families from Latin America. According to The Center for American Progress, the typical Latinx family has only 14.6 percent of the typical white family’s wealth. And that number is even lower for Latinx families where the adults are also first-wave immigrants. These families are bucking the trend; we trust they will find equally creative ways to pass the gift forward.

Aside from wealth accumulation, other evidence that this experiment of equity has been fruitful include family and neighborhood stability and child academic achievement.

Instead, they see their abode as the inheritance of their children. What they might not realize is that the stability and connectedness they’ve provided ever since moving into their shared neighborhood has already provided an inheritance that moth and rust can never destroy. Every single child raised in these four homes has either completed high school on time or is on-schedule to do so. This year we will have our first female high school graduate from the housing collective. This young woman been raised by a devoted single mom of two (photo above). The young woman plans to follow in the footsteps of her young predecessors and fellow housing members; she plans to attend college. Like the three other high school graduates before her, she will be the first in her family to pursue a higher education.

Housing, when rooted in justice and community rather than landlord profits, compounding interests, and unbridled capitalism, is not only a human right, it’s a beautiful gift that must be available to all.